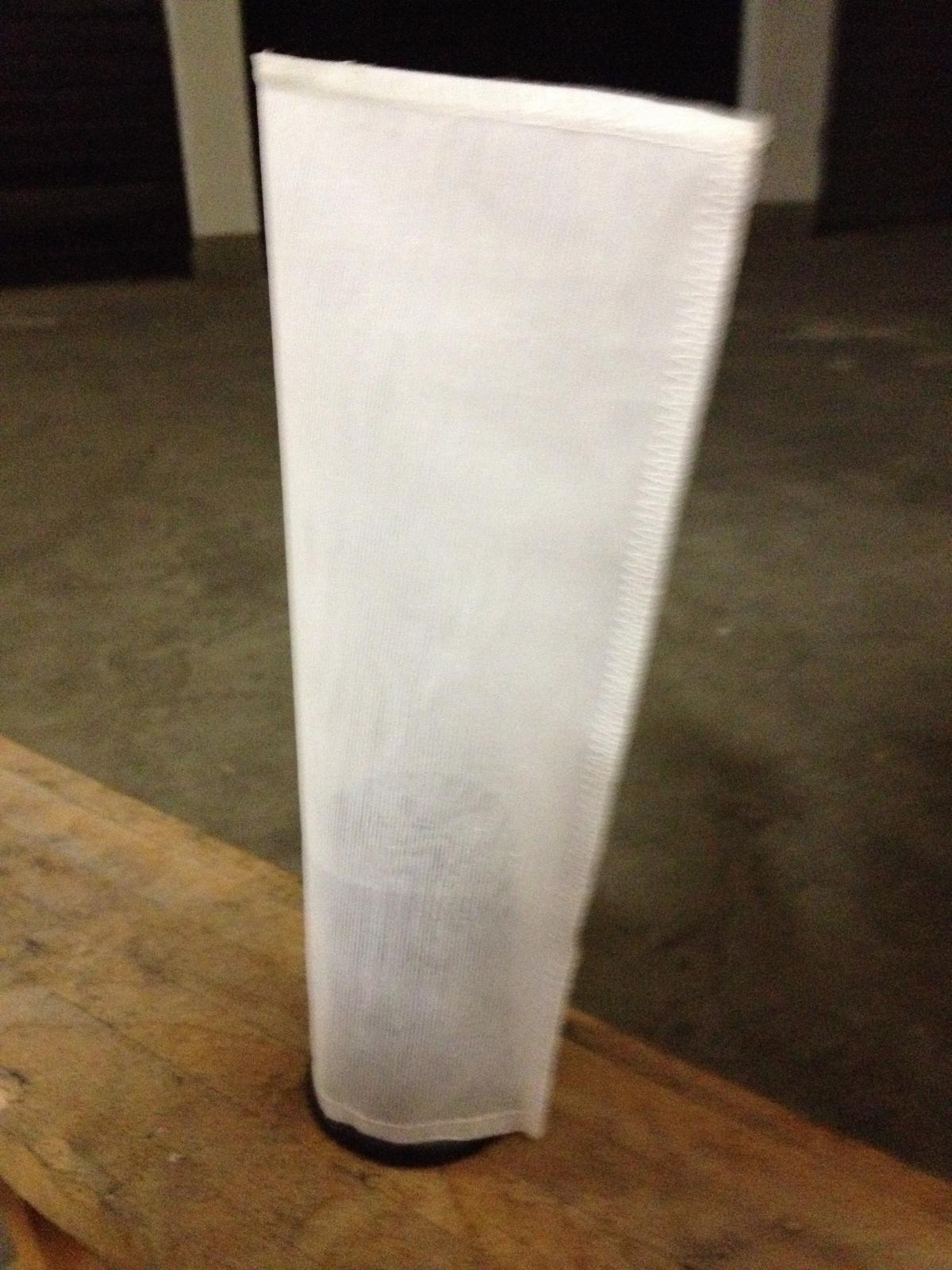 Here are the Tests I run while checking 🙂

I played a bit in the garage with highly contaminated petrol derived from the cleaning and tank service of three bikes using fuel injection cleaning solvent (Wynn’s is my favorite) 150ml in 3 liters of petrol instead of the regular 40/60ltr.

At first I tryed the mono layer design so popular nowadays using a 30 micron monolayer mesh (100microns-30 microns -100 microns in order to make it stronger, my design)

Filtered less than half the liter, not even dirty, petrol was the one on the surface not the one at the bottom.

Same petrol just filtered was passed through a 20/30 micron multilayer (20/30 microns-high density 3d mesh sandwich-100 microns for strength), just after the same amount of petro the filter already shows traces of contaminants trapped in the mesh

To go on with the experiment, all was passed again in the 0 micron (old shape/design) and again the difference is .

The petrol is a light shade less dark, but the high content of solvent and solved carbon contaminants make the petro like ink

The rest of the 3 liters were first filterd with the 20/30 micron and than through a 0 micron acquastop membrane .. and again the difference is amazing

Turned the filter inside-out to check the contamination

All the macro pieces would have being stopped by a single layer filter (25 o 50 micron) too, but as for the rest ….. no way Jose’.

After that, passed the petrol through a strata of paper:

It makes one proud!

This is a prototype I did for a Raid in Albania, Macedonia, Bulgaria and Romania, less than 5.000 km in a Ring Trip, you can check yourself what my prototype blocked just witht he first two layers, and got released while was simply rolling the filter on some kichten paper.

Here a new generation KTM filter set, US petrol mind you, bike could not run any further.

If you have any questions write to me, I?ll try my best to answer your doubts

Hope you were not too much bored by my enthusiasm and paranoia fixing attitude,