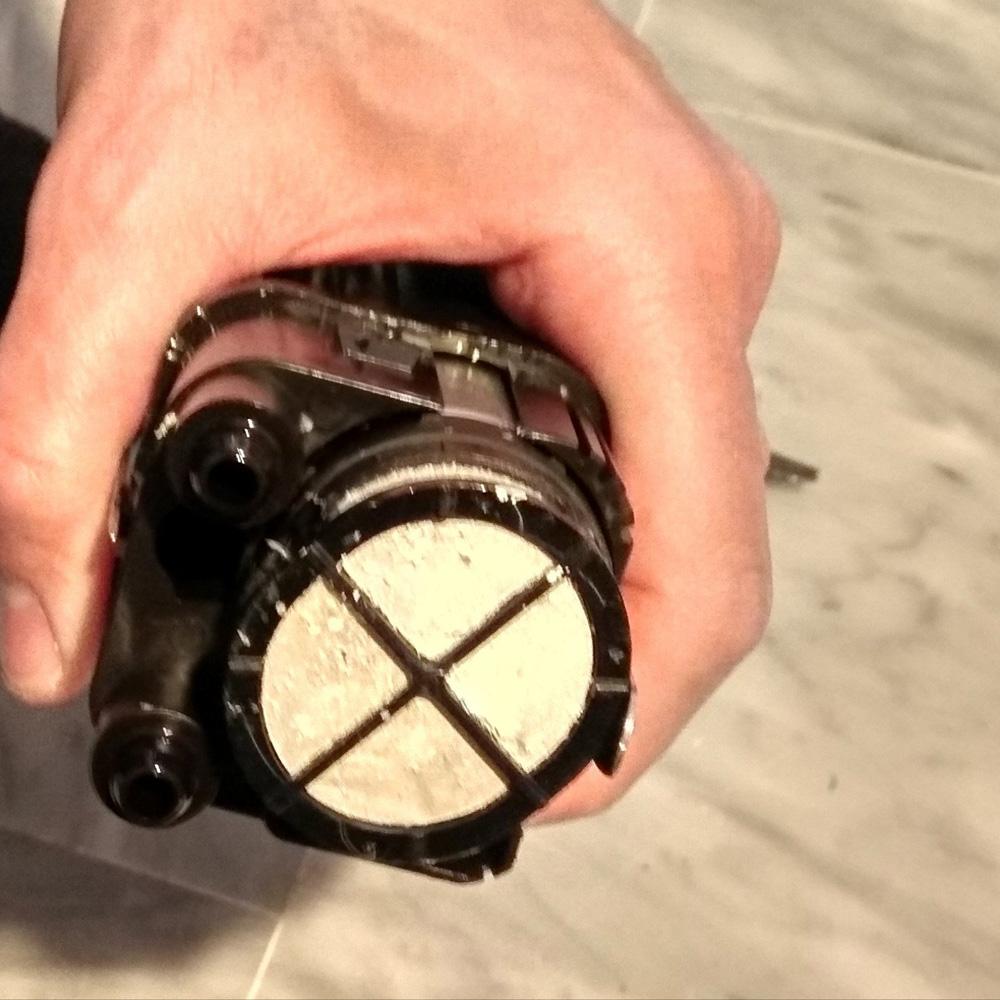 WEEEEEEELL, we all know that a brand new bike needs some breaking-in…… But do you have to break-in into your BRAND NEW KTM 790 fuel pump after, maybe even before, the first 100 km???? Mhm…It seems that with the KTM 790 Enduro it may be the case.

Due to lack of tank cleaning, a fine white dust is covering the whole inside of the tank.
That is bad, I mean, it is not SOOOO bad, but you have to know it and fix it.

What is bad, though, it is that servicing the fuel pump is not an easy task. The two halves of the pump are designed to be pray opened all right, but believe me, it is not a task for light hearts! We played with the pump for more than three days trying to figure out how to open it up without destroying it…

And we came up with the Knife Madness trick! Also called Jack the Knife!

First, Wedging with a flat strong screwdriver in the opening, allow a flat knife to be pushed to “push down” the “tooth”…. and repeat it on the four sides.
Then, put some leather gloves and PULL…. I really mean PULL…, because it won’t come on its own for sure…..
What we did find inside after only 100 km, less than half a tank, was this……… brace for impact !!!

Well, we fixed it with our usual solution:
fresh petrol, light mixture of fuel injector cleaner and a soft brushing and blowing,

I’d say the result is pretty good, no?

CHECK BELOW PRODUCTS FOR YOUR KTM790:

CHECK OUR VIDEO HOW TO OPEN AND CLOSE
KTM 790 FUEL PUMP:

Send this to a friend