Until now we had a look at the Fuel Injection Systems mostly from European brands, KTM uses a Japanese brand, BMW the European BOSCH. 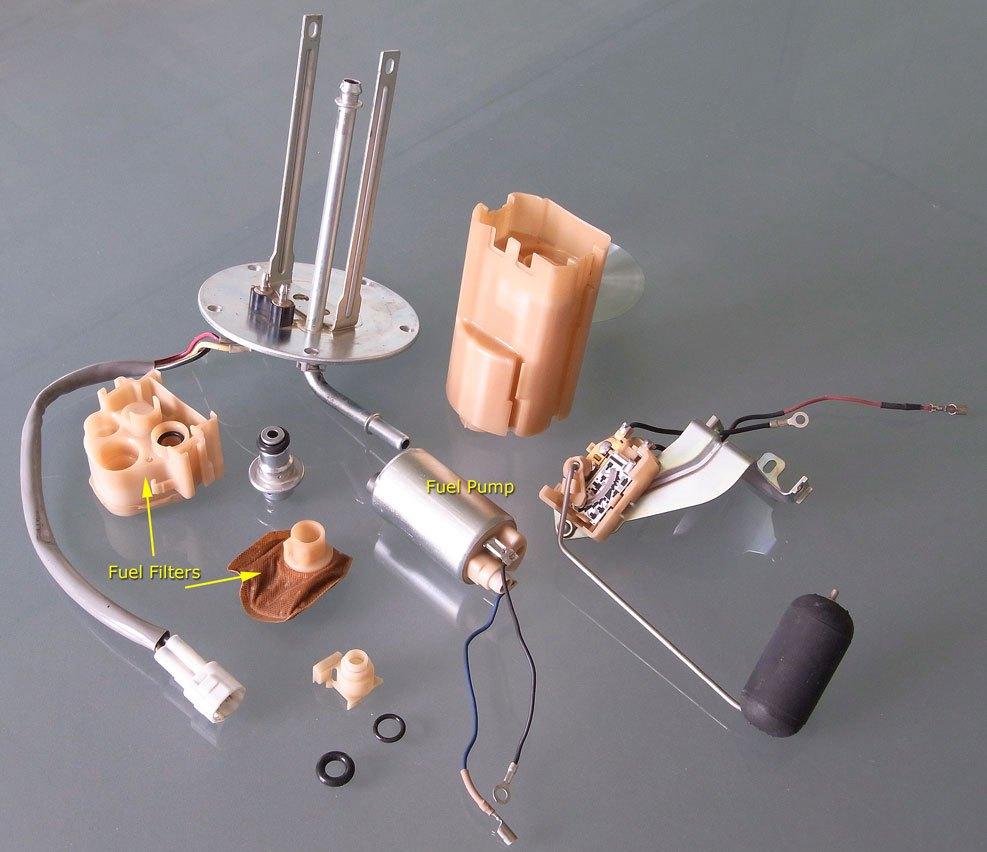 Almost all of them have proprietary componentes, OEM specs and what not, guess why?

Although there are plenty of models and 4 different brands, practically all of them have adopted the case design from the car projects. 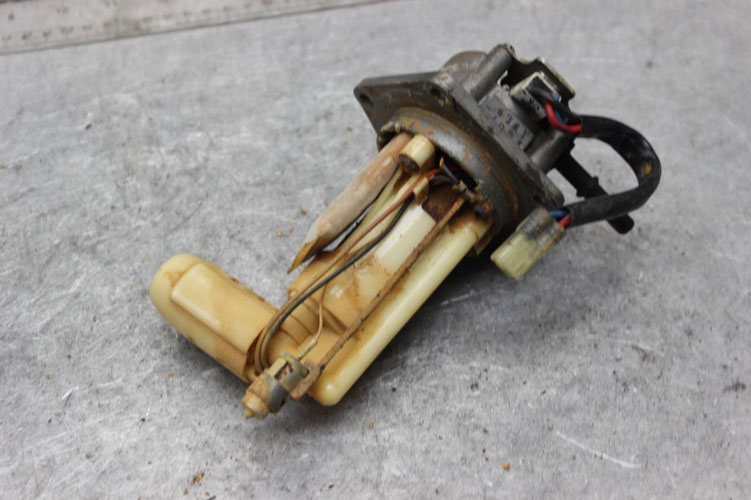 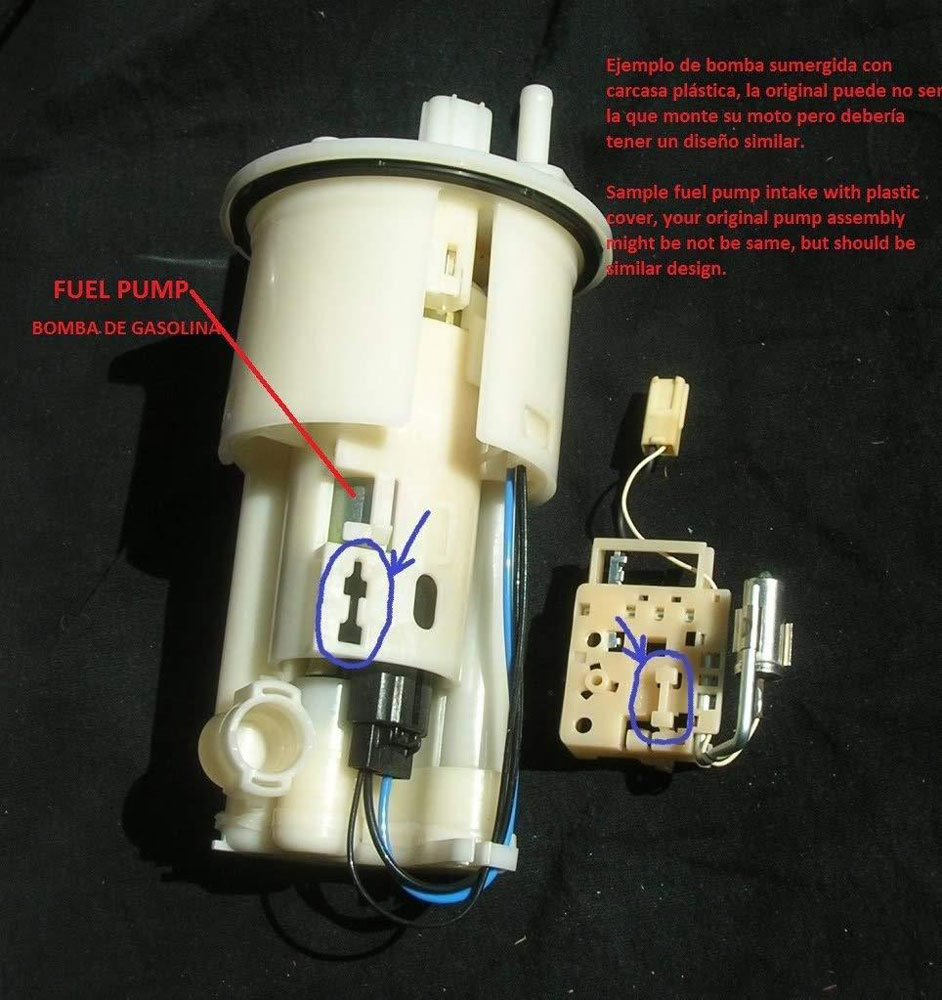 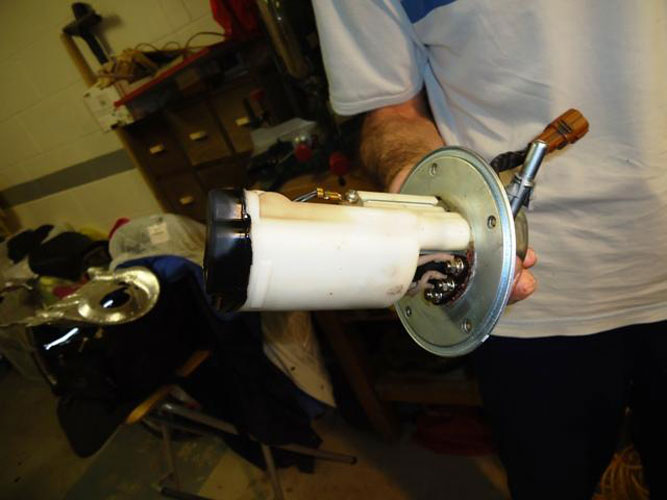 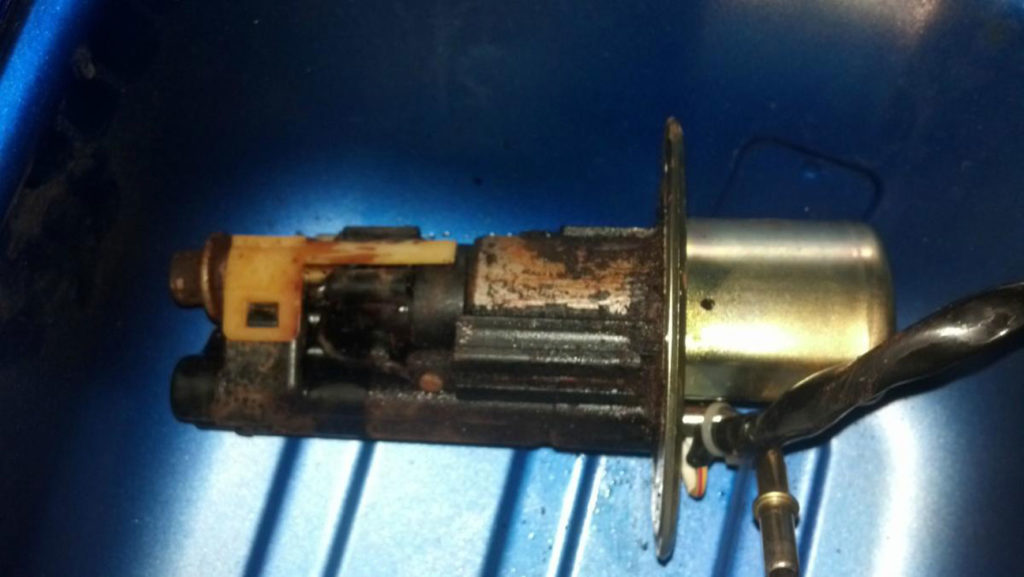 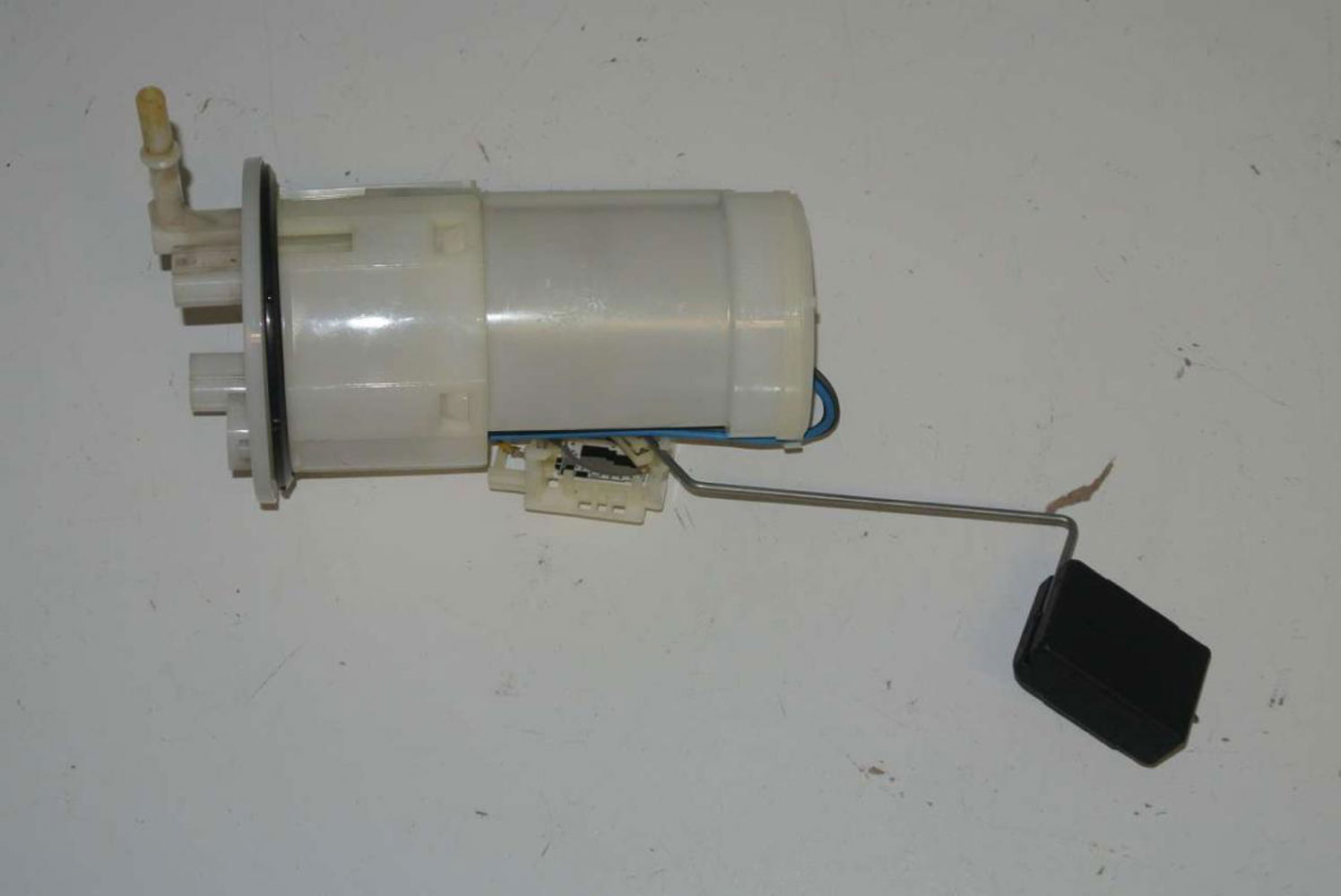 Almost all of them have a similar design based on a strainer, really far less protective than the KTM is adopting on the LC8/RC8 platforms, usually very small to stay hidden in the plastic monster.

Point is that usually such position is also the best to obtain the most contaminants to deposit exactly on top of it saturating it quite easily. 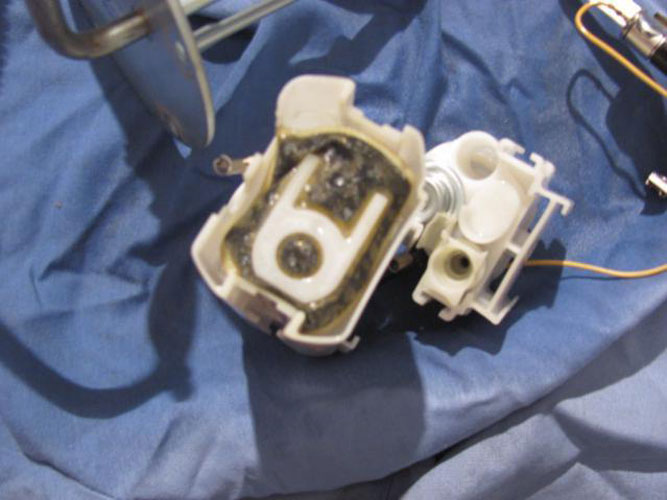 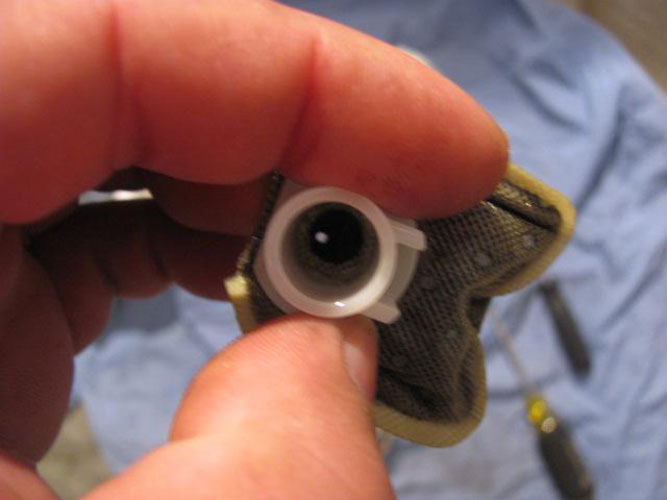 Then the differences starts:

one school wants a ultrasmall filter integrated in the Fuel Pressure Regulator (FPR), easy to clog, impossible to change, difficult to clean.

One of our teams, Wildfeathers, ultimately followed our instruction and bypassed the filter on their Suzuki V-Strom 650 drilling it through and adoptin a Rally Raid solution with one filter outside the tank. 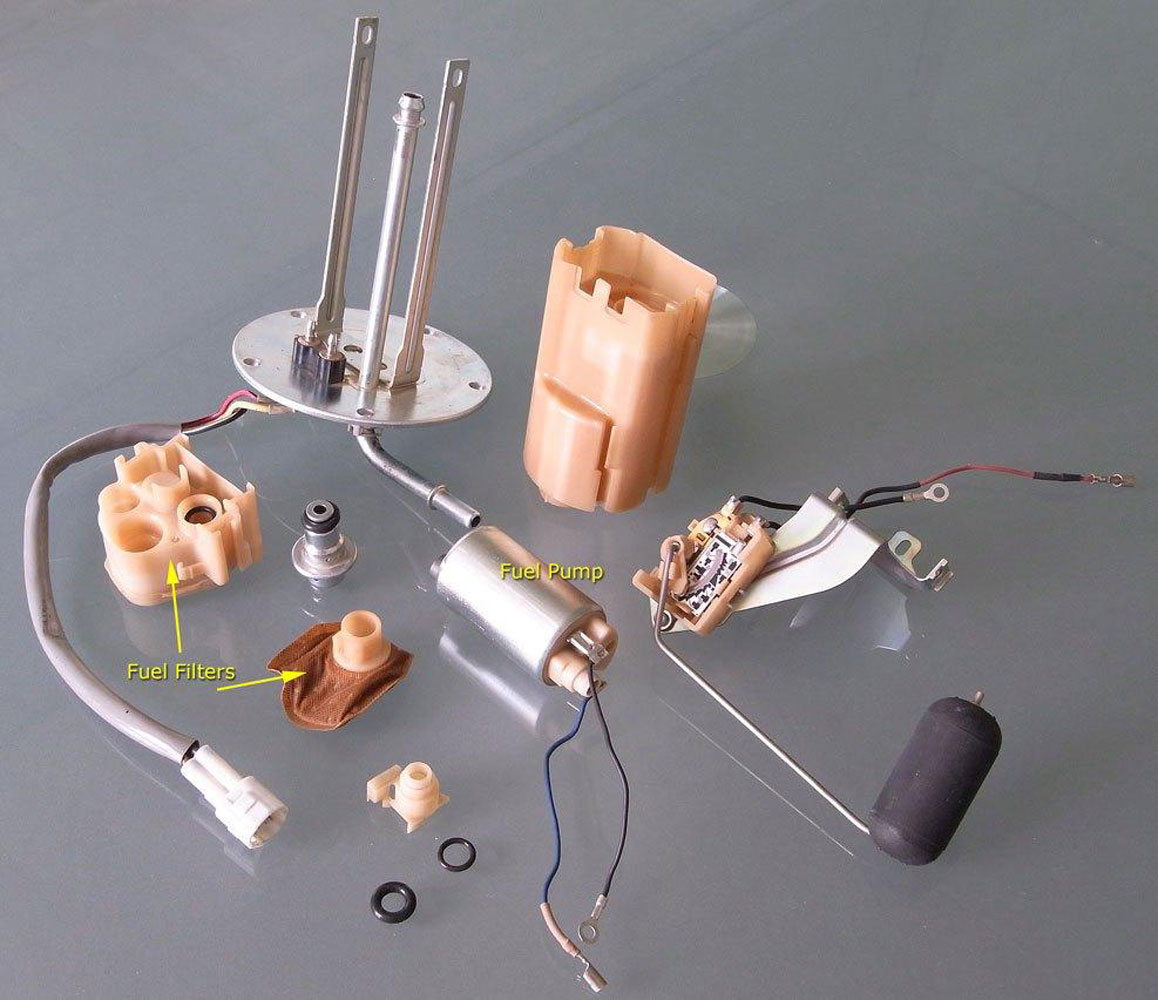 Once the strainer starts filling-up, and the micro filter to saturate, the fuel pump will start to suffer and will eventually die.

Sure, on most model is a 35 euros cheap swap, but you got stranded, and next part may not be as realiable as an OEM pump.

The other school adopts always a very small strainer, combined with a common paper filter hidden in the plastic construct, an example is the CRF fuel pump, the filter, grey, is easy to see through the plastic, you cannot take it out, you cannot change it, you can only change the whole pump assembly, 600 euros...... truth is you can service it with our procedure :)

I had the chance to personally take apart and service a HONDA CRF 1000 AT fuel pump, the hidden filter was partially clogged, the strainer already full of fine dust, cleaning was not impossible, but damn, it had just done 5000 km ...... 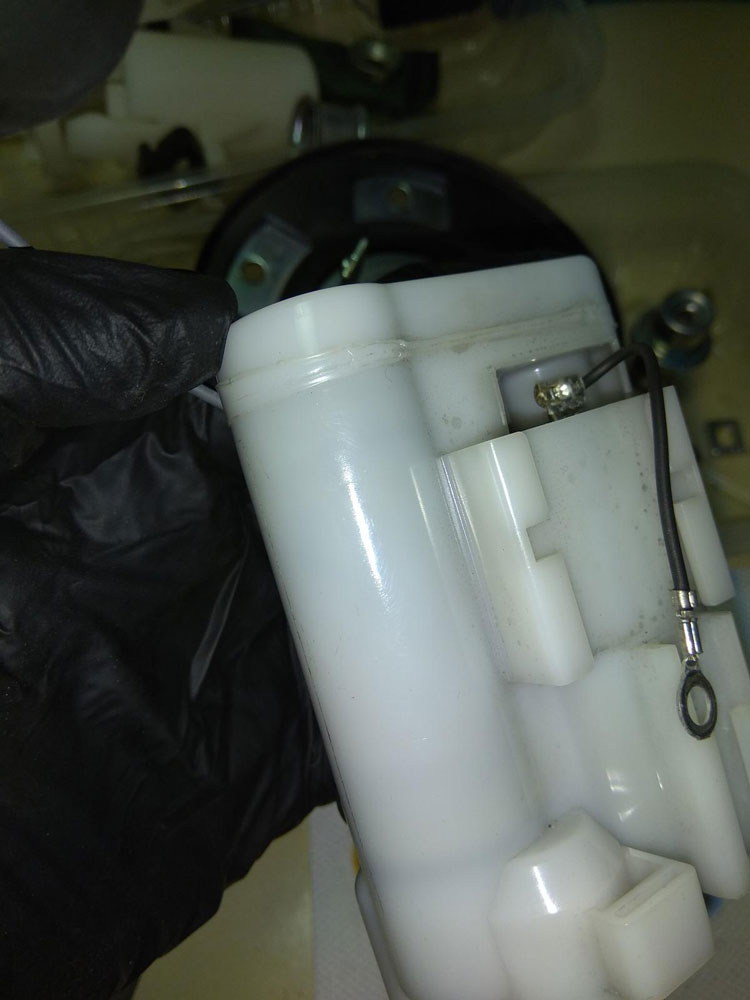 Pump base was full of dust and debries, already aggregating in bigger crusts. 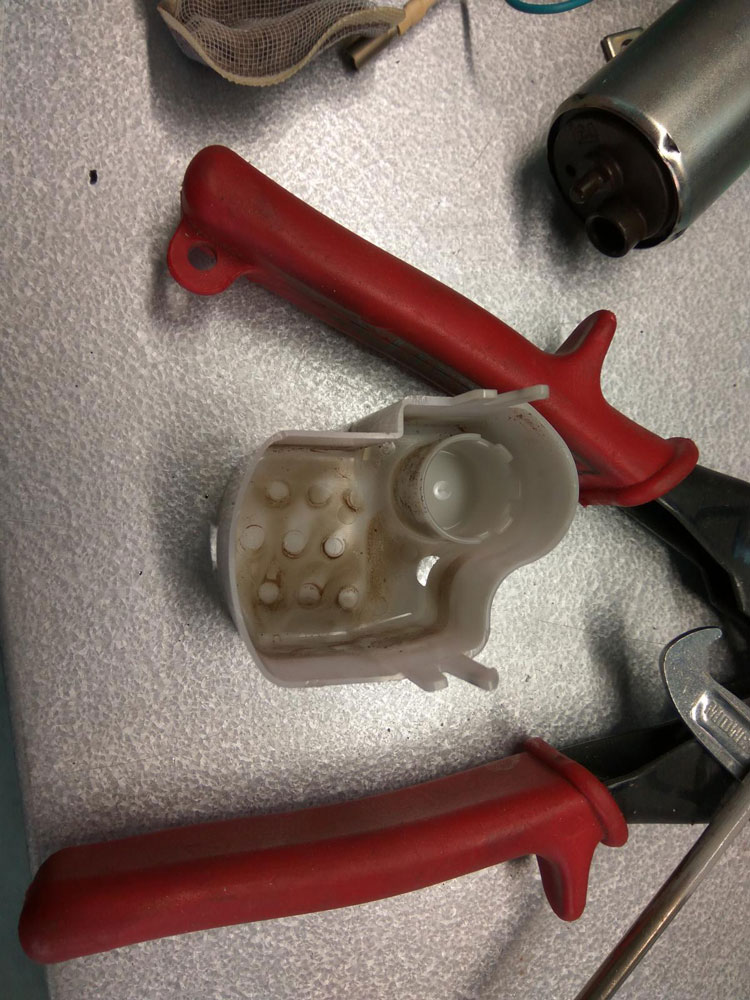 Strainer was "loaded", not a nice sign due also to complexity of the whole operation of taking down the tank and the fuel pump. 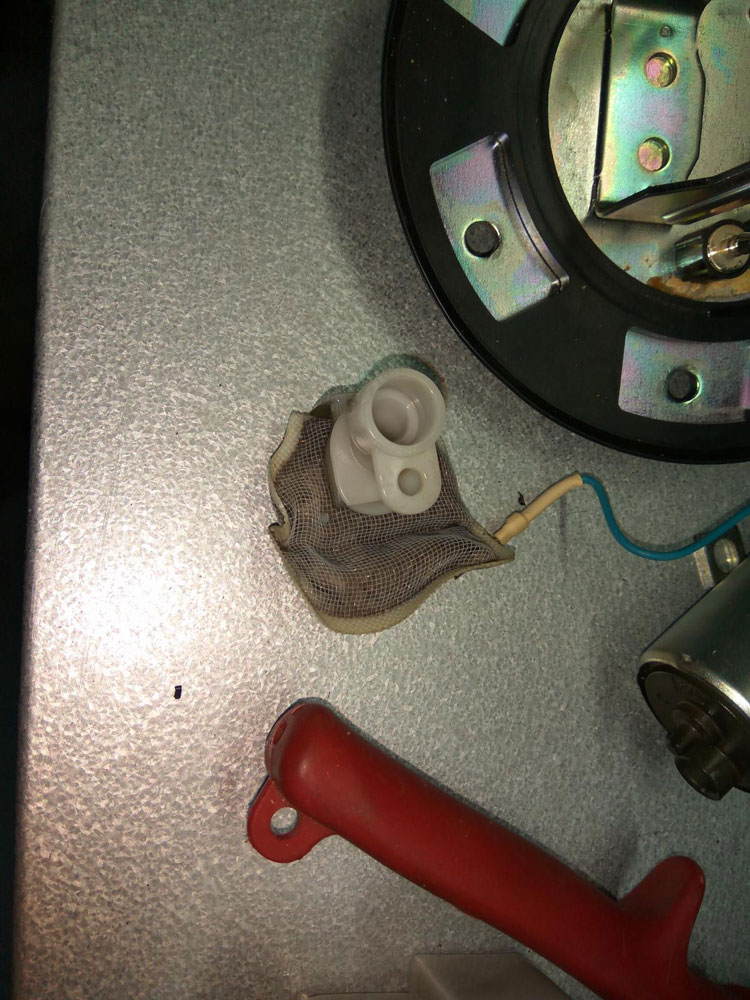 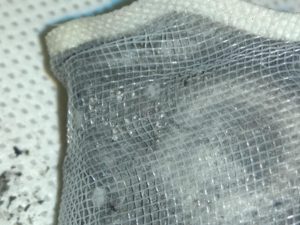 Here another Honda example of saturated strainer, it was so clogged that the bike would not run anymore, pump did miraculously survive, filter washing ad black flushing, and the bikes were back on the road. 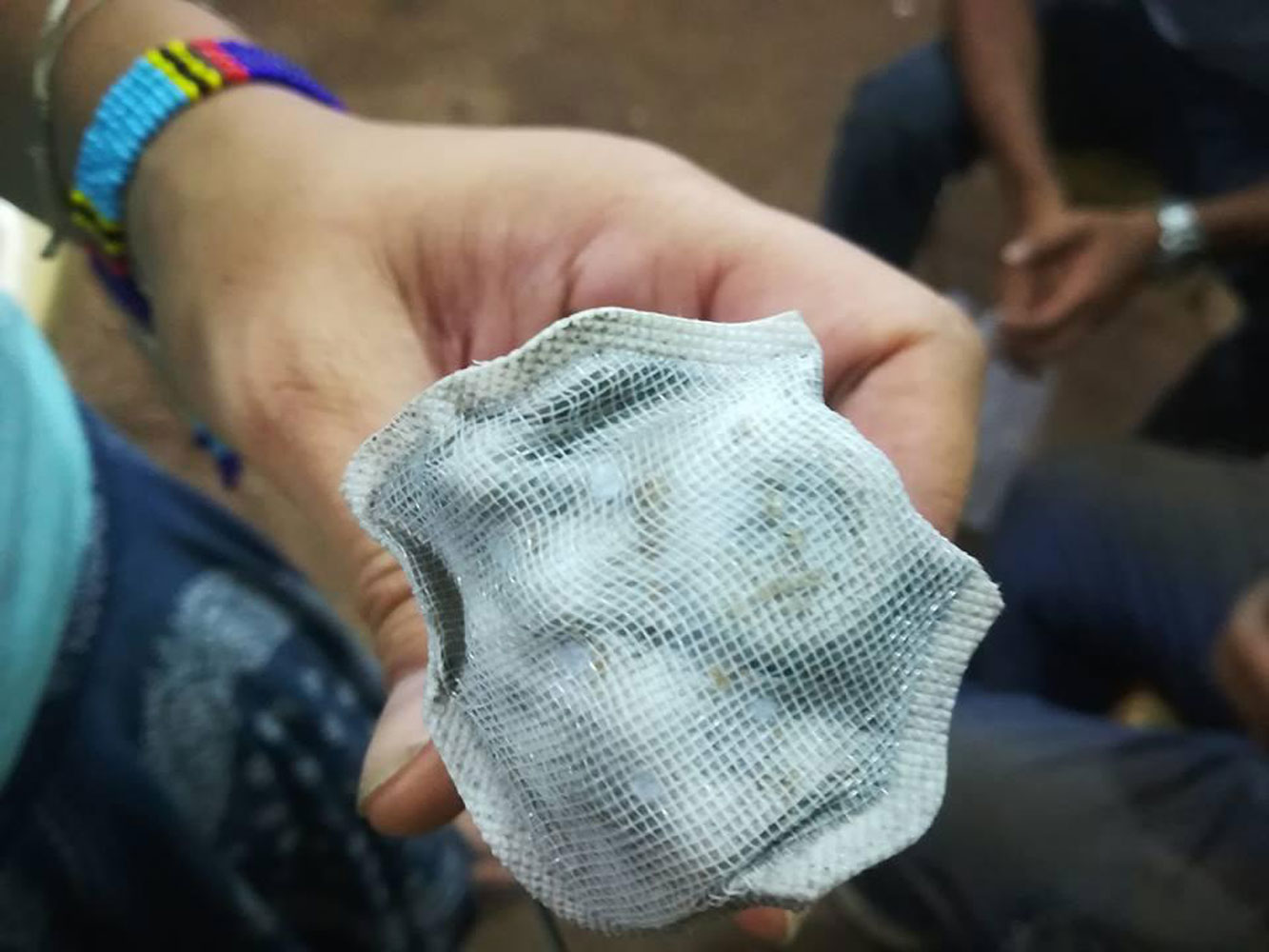 Now about dimensioning, below the difference between the BMW BOSCH pump, right, covering all R850 to R1150, lef the Honda AT CRF 1000, both single stage rotor pumps, both delivering the same pressure, both with mechanical FPR. Dimension may not be all, but it still counts when designing a motorcycle. 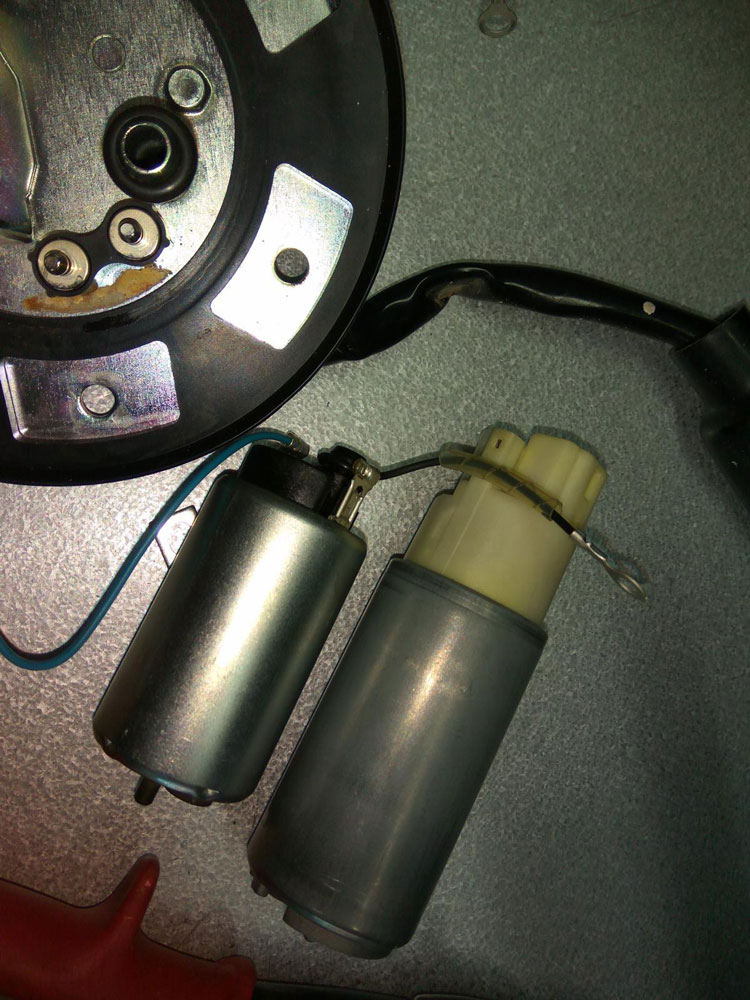 Talking about size, all you know that KTM was always accused of selecting a fat toos small strainer/filter for such a big displacement. 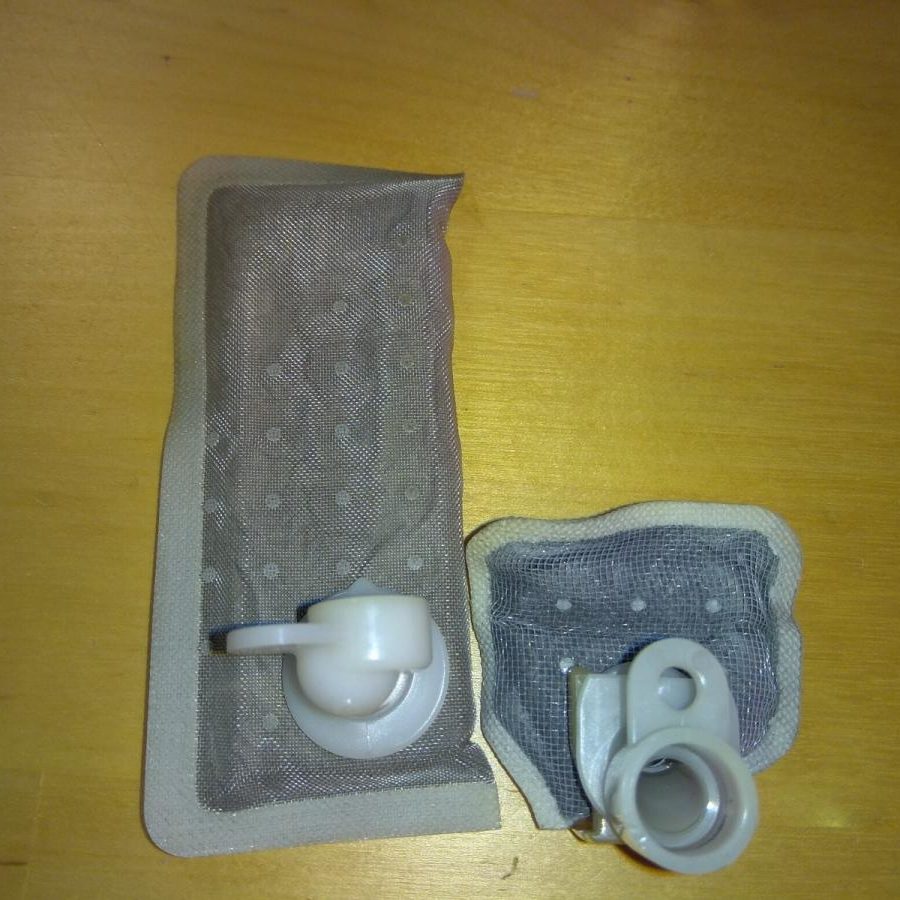 Once all was clean again, bike was trong and flawless again, with the simple neck strainer filtration all this would have been easily avoided.

Say what you like, but I still believe in Ad-Hoc Product Marketing Design, from the worst kind :).

Honda had a perfect design already in house much more dedicated to the Adventure, and it wasi/is mounted on a Tourer, Sportourer 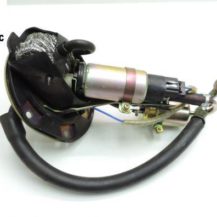 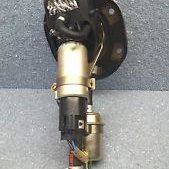 This system is very easy to service, although it has some peculiarity:

The strainer is very similar to a Inox pot scrubber :) obviously designed to keep most of the large parts out of the way, fuel pump is a strong unit (same design as the BMW of above !!) and main filter is metal one easy to source and replace.

True, the FPR is not in the tank, it follows the car design, it sits on the head of the motor, it must have been very hard for the Tech guys to integrate a FPR inside the tank, or simply adopt the same system of a V4..... on a parallel Twin.... position would have been exactly the same as on the V-Tec engine..... sorry, me bad...

What was so bad in using a much simplier design, too easy to service? 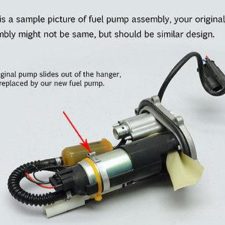 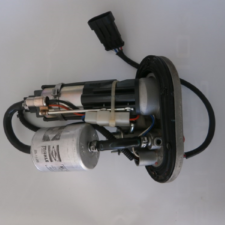 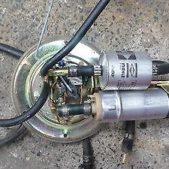 BMW faced the same issue in the 1990, when the R1100 GS with Electronic Fuel Injection was launched in 1994 (production followed until 2006 with the 1150 engine): it was suddenly clear that the customer could source by himself all parts, hoses, fuel filter, fuel pump, fuel pump strainer, and service the fuel system too cheapely!

Once you loose aftersales income, the project is DEAD....... Never heard of the K100/75 FLAT ENGINE?? Search the WEB :) Legend wants that BMW dealers asked BMW to stop producing an engine that would runn forver and ever with practically NO MAINTENANCE......

Sad But True, all these new designs are not meant to save money in production lines, otherwise you would have three models covering ALL BIKES/DISPLACEMENTS OF A SINGLE BRAND, no, they are there only to bind/force FOR EVER the customer to the OEM design spare parts and service. 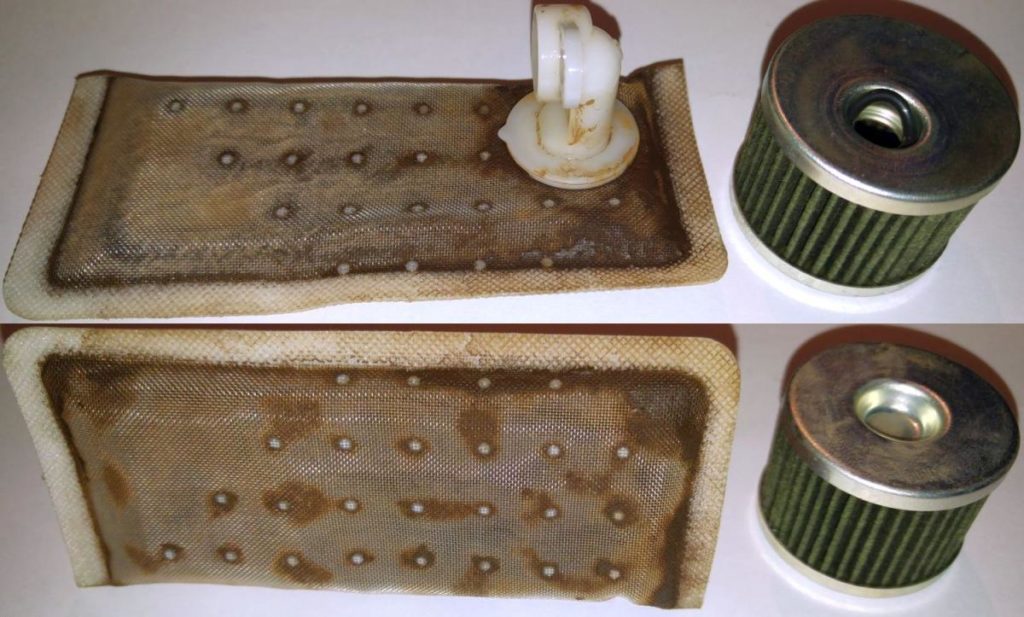 Did I re-discoverd the fire?? NAH, I simply invented the solution :) NECK ultra fine and efficient filtration.

Check the aftermarket world, can you explain why there are sooooooooo many fuel pump and strainers out there?? Some so cheap that you may think that they cost less the the fuel filter itself!!! There are fuel pumps for big twins for less than 25 euro. Most of the pumps are the sames between scooters, another victim of the fuel dirt but since they do not belong to the biker community we ignore how many problem they do face too, immagine that the same pump that fits a 250 cc 4 stroke scooter, a 700cc big bore Thumper and a 1000 CC Adventure big TWIN.... yeah, you tell me.

Keep your fuel system and tank clean, prefilter while refueling at neck with a Guglatech SHIELD4 fuel filter.

If you've got any questions, send us an email at info@guglatech.com, we'll be more than happy to help you out.

just after posting the blog, Linda sent us the picture of her Suzuki GSXR 600 strainer, 32.000 km only street and "local" use/fuel, no foreign countries or strange petrol, judge the level of contamination by yourself. 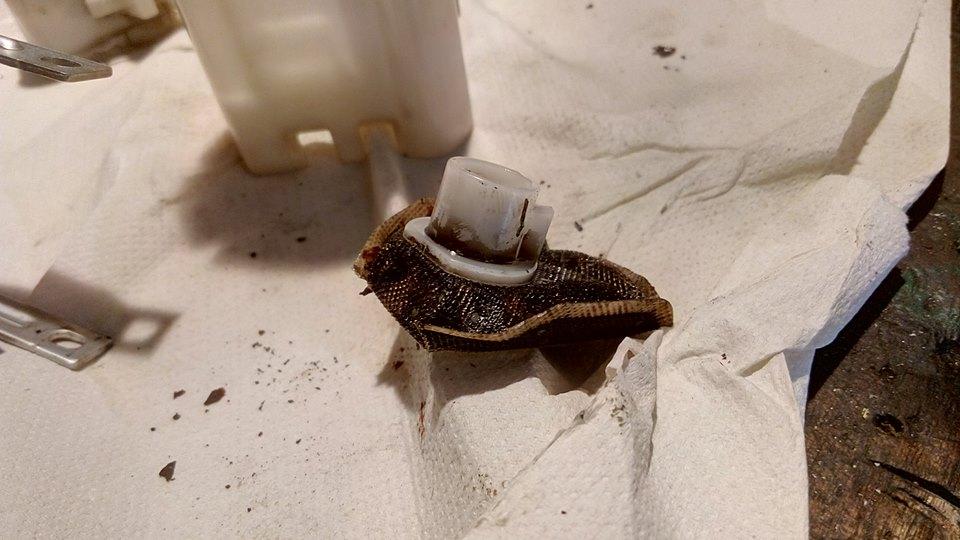